The importance of advocating for yourself 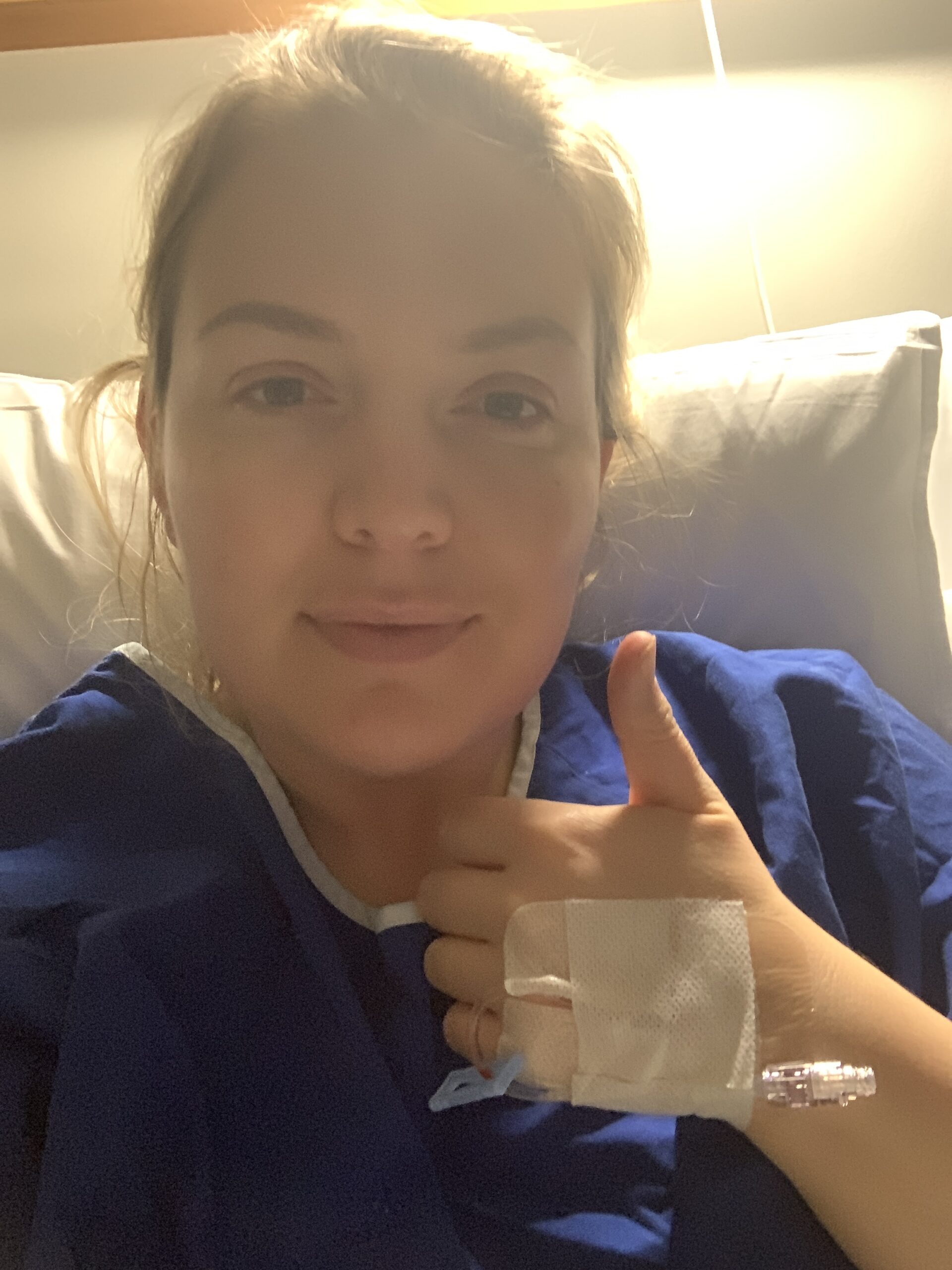 My name is Grete. I’m a 30 year old registered nurse.

When I begun to suspect that I have endometriosis and started to link all my my years of symptoms it was after the birth of my first and only daughter. I started having a lot of nausea, back pain, ovulation pain, ovulation spotting, long periods with lots of spotting, progressively worsening period pain, diarrhoea and constipation which was clearly cyclical, cyclical migraines, bloating and worsening PMS.
I had gone to my GP with what I thought was a UTI because I had a fullness in my bladder and pain passing urine but the pain was more of a heaviness in my bladder. The urine sample came back negative and then cyclically I would have this where I thought I had a UTI a week or so before my periods came. My periods progressively got worse- more painful, passing large clots and having vaginal pain.

Then we started trying for another baby nearly 2 years ago now and couldn’t get pregnant. Interestingly my daughter was conceived the first month of trying and my periods was very irregular then. Now after having her they are very regular and it was very obvious when I ovulated yet I can’t get pregnant. I went to my GP again. I did mention then “could this be endometriosis, I think something else is going on”. I don’t feel I was given much of a chance to really go through all my symptoms. She felt that it’s PCOS and sent me for an ultrasound scan and bloods were done. Everything came back completely normal. Which friends commented “well that’s good”. To me it wasn’t good. I had no answers not as to why I can’t get pregnant but I felt unheard about symptoms that’s plaguing my daily life.

I was referred to public fertility doctors. At that appointment I attempted to share my symptoms I was having and told that was a seperate gynaecology appointment rather than a fertility appointment. I said “oh I thought it might be connected, I am worried about endometriosis”. The doctor was very quick to say that “having a daughter and doubts that and anyways those aren”t endometriosis symptoms”

Time passed and I received my gynaecologist appointment. There I had a pelvic examination and was told I have a polyp in my cervix. A trial removal of the polyp in clinic was unsuccessful so it was suggested I have general anaesthetic to remove this and then as I would be asleep “it seemed sensible to check for endometriosis as I could gain IVF points if I had it” was noted.

I am very blessed to have very good health insurance since the start of 2022 because of my husbands work and we thought we could have the polyp removal done quicker privately. So I saw another gynaecologist privately. They decided it was not a polyp. They rung me back saying that I could have a hysteroscopy to have a look if it’s a polyp or not. I asked what about my other symptoms that’s crippling my day to day living. I was treated with hesitancy told that I can opt for surgery “which is high risk and may not give me answers”. After being told this I felt like they didn’t believe my symptoms or the severity of them and that they didn’t think surgery was a good idea. I felt abandoned by the doctors I had seen and unheard. I went home and cried many hours to my husband. I spent time reflecting and then suddenly thought hang on I have health insurance I can go see another doctor.

Then I remember reading of a similar experience by someone I follow on Instagram and she mentioned A particular doctor in another region . I read all about thus gynaecologist who specialised in endometriosis and I was confident that they can help me. It was the best decision I had made to get another opinion by someone I can trust. He is truely an expert in his field and I will be forever grateful for him.

This was the first doctor to take the time to listen to me and take a proper history. I wish more doctors took the time to listen to their patients as the answers are sometimes right in-front of them. He did an ultrasound and found my left ovary was less mobile and painful on examination; a lot of the pain I had was left sided. He listened to my symptoms, I felt heard and justified and he booked me for diagnostic laparoscopic surgery. I felt validated when he confirmed I was right about my symptoms causing great suspicion for endometriosis.

The surgery day came around. I felt very nervous. I wasn’t nervous about the actual procedure itself or it’s risks or anaesthesia. All the worries I had about the anaesthesia and the procedure was very little compared to the anxiety I had that I would have the surgery and they would find nothing and that the previous
Doctors was right… that the pain is in my head. I had convinced myself I shouldn’t have the surgery that I had something else like diverticulitis causing my abdominal pain. But it turns out I did have endometriosis that was excised. The care I received was amazing throughout the private hospital I attended by every nurse, doctor, anaesthetist and techs.

In hindsight, as a younger adult I did have painful periods that were heavy. My parents took me to ED multiple times for abdo pain. I even had an appendectomy when I was a nursing student which was inconclusive and I was seen then for ongoing pelvic pain. I was also on the pill for 10 years that likely masked a lot of endometriosis symptoms. So in hindsight it started well before my daughter but it really made it self clear in the last 4 years.

I guess my take home message here is that you know yourself well, advocate for yourself when you have a gut instinct about your health and try to block out unhelpful opinions.
If you have the means; and I acknowledge how lucky I am to have health insurance; seek a second, third, fourth opinion. Research and find a doctor you feel confident in who will listen to you, but also that they are skilled in endometriosis and will be able to identify it and treat it.
And lastly if you have a daughter, get health insurance for her early so she can have access to private care.