I know how a punching bag feels.

May 2, 2019 | By Linda Beach
Category: Impact on Quality of Life, Impact on Relationships, and Multiple Symptoms. 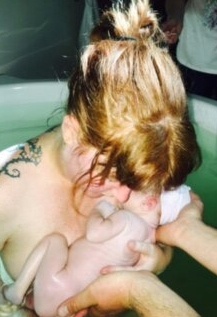 I don’t remember a time when I wasn’t jumping from hypo to angry to miserable. I had migraines from a very young age. The closer I got to puberty, the worse I got. Add to that an unstable home with more than a couple of stepfathers and a ginormous life altering tragic event which changed the course of my families life for ever. I think it’s fair to say, that by the time my periods and hideous hormones kicked in I was already a mess. My early teens were horrible. I couldn’t control my moods or emotions. My periods were irregular and painful. The boil / blister type body acne was devastating. I’m a redhead so as a teen I already felt ugly and different, so throw in all of this and my self-esteem was below ground level. I didn’t have support from my family because we were all living in our own individual grief bubbles, so depression got me pretty good. Of course back then, I just thought I was the black sheep of the family, nobody loved me and if they don’t care about me, why the F*** should I. Not having control over my emotions and temper resulted in an altercation with dad no.4 which resulted in being kicked out of home at 16 so mum could keep her relationship and I didn’t get hurt again. I was sent to live with an older cousin who didn’t want me there. My family didn’t really know who I was because neither did my mother, so nobody looked beneath the surface and asked why is this kid so angry and self-destructive. I had already dropped out of high school. I can read and write so mum happily signed the form to allow me to quit. To this day I wish she hadn’t. Being a troubled teen without supervision and only older people and fellow drop outs to waste my days with, drinking and getting stoned became my main source of pain relief for both the physical and emotional pain. I always remained smart enough not to take the substance part too far, but the drinking became a problem. Unlike now, I didn’t know alcohol aggravated the inflammation which increases the pain. The GP wanted to shut me up with antidepressants because the pill didn’t help and made my migraines worse. Antidepressants made me worse in general so I gave them up pretty quick. I had one visit to a gynecologist which was horrendous. He made me feel like an alcoholic tramp and then examined me. He said I had a golf ball sized cyst on my right ovary which should burst in time. It did, I felt it. It wasn’t until I was 20 that my GP first mentioned ENDO, and sent me to a different gyno who diagnosed me by laparoscopy and put me on a strong combination pill which he advised I stay on until menopause. WTF!!! The pill did help the acne and I finally had regular periods and slightly reduced pain, but it really increased my depression. At 25 I felt a familiar change in my body so surgery number two was had. The gyno said I shouldn’t have to see you again now and don’t forget to stay on the pill. So helpful…..NOT !! My 20s were wasted being depressed and self-destructive. Still felt like I had no family, my friends didn’t understand. No body questioned why I was self-destructive. For an intelligent person, my decision making skills were very screwed up. ENDO is the result of a hormone chemical imbalance that you’re born with. You don’t have 100% control of yourself when your body doesn’t have 100% of its necessary ingredients. It’s mental and physical. Over the years I feel like my hormones have ruined me, my relationships, my jobs. I turned 30 and kicked the pill. After a while my head cleared and I realized how depressed and self-destructive I had been and how much life I had wasted. I felt happy and energetic. I left my husband and met someone who saw me properly. I actually had a libido which was previously non-existent. I even for the first time in my entire life considered motherhood. All of this goodness happened in an 8 month window between my final pill period and my first non pill period. The 8 months without menstruation was the easiest exciting happiest 8 months of my life. Even now, 5 years later. In the last five years, I have developed a good relationship with my man, and I even love myself. Following my first non pill period, I got pregnant but my body got sick and my head couldn’t cope so I had a termination. I then spent a year getting as healthy as I could and got pregnant again. My son is almost 3. when he was 9 months old, I got pregnant a third time but the thought of not being able to keep a grip on my already post-natal mental health scared me more than I had ever been scared before so I had a second termination. Both times were traumatic and hard to recover from, but for the sake of myself, I had to do it. I’m a stay at home mum now. We own our own little house but are struggling to keep afloat. To occupy my intelligence, I am doing a business diploma online to increase my future work prospects. I’m 35. The ENDO, PCOS and IBS are still affecting my daily life, my relationship and my sanity. I’m here today, saying all of this because I’m sore, tired and sad. The main reason being, making love to keep my relationship healthy results in a day of feeling like my ovaries have been used as punching bags. But who cares, that’s life, you just have to live with it. Isn’t that what they say?