How the New Zealand Healthcare System Failed Me. 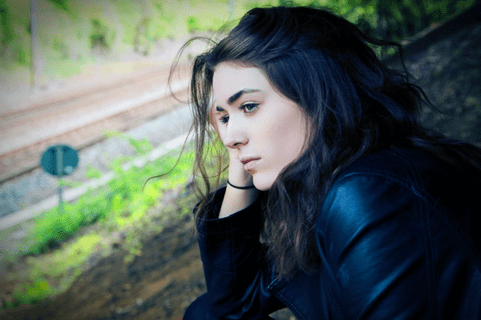 Hi, I’m Sophia. I’m an 18, soon to be a 19-year-old student from Auckland. This is my story about how the New Zealand Healthcare System has failed me by not diagnosing me or helping me in the slightest over the past few years.

I began my menstrual cycles when I was beginnng college in 2015 at the age of 12. Just prior to this, my Mum had discussed a few things with me, such as, “I was getting to the age where I would be getting it” and that “It was normal.” She had been nursing for a long time and she knew about all of this information and said to me that I should never be afraid to tell her anything. Unfortunately, I was definitely not prepared on the day that I got it. I had it in one of my lunchtimes at school and told one of my teachers that I trusted. The girls in the class at the time whispered about me, which made it even more awkward for me to say. I was sent to the office to see the receptionist. The nurse was out on her break, so the receptionist had to give me a pad and take me to the bathroom. I didn’t know how pads worked, because that was one of the things that my Mum hadn’t told me about. I had no phone at the time, therefore, I had to call my Mum in tears in the school office in front of everyone, which I feel is still one of the most embarrassing things that I have ever had to do in my life. Luckily for us at the time, we were only living five minutes away from the college and My Mum came to the school to collect me. When we arrived back home, she sat me down to talk me through everything and even let me stay off school for an extra day just to get comfortable with the idea.

Let’s fast forward to 2020. I was in Year 12, just beginning my second senior year at college. I was returning from my holiday to England with my Mum to see her family. I began my period whilst we were flying back home. I would not stop vomiting with hot flashes and I was extremely ill. After this, I was beginning to get severe period pains in my lower abdomen a few days before I was due to begin my cycle each month. Mum decided that enough was enough as I could not get out of bed in the mornings. I was stuck spending a lot of time off of school and I needed two hot water bottles. One was for my lower back cramps and the other was for my lower abdomen.

I went and spoke to my GP and he discussed contraceptive methods to me, but I refused, knowing my Mum’s past with them and my already messed up menstrual cycle. I wanted to know when it would happen each month. He ended up referring me to a gynaecologist. After the initial consulatation with the gynaecologist, he referred me for a pelvic ultrasound, which I didn’t receive until six months later because my condition “wasn’t as bad” as other women in New Zealand and I couldn’t get a place. I received the ultrasound in August 2020 and was told that they couldn’t find anything besides a slightly oversized egg in my left ovary as I was due to start my next menstrual cycle again anyday from then.

So apparently that was my answer. Everything came back normal and there was nothing wrong with me whatsoever.

But my battle was still not over.

Just after I received the ultrasound and we were out of the woods for the time being with COVID-19, I was beginning to develop the worst symptoms yet for my menstrual cycle. I had nausea, vomiting, a headache, hot flashes and my pelvic and abdominal cramps had hit high levels. I was at a state of 9 out of 10 pain with extremely heavy bleeding. I was going through around five pads a day…and even then, they were the thickest ones that I could buy. I went back to my GP, who once again attempted to refer me to the DHB. I was declined twice by them because apparently my symptoms weren’t “severe enough.” I couldn’t even believe it. Was not being off school for several days at a time (bearing in mind, I’m missing my education), heavy bleeding and ever-worsening symptoms not enough to get my 17-year-old self treated??? Even on the day I turned 18 last year and COVID seemed to be dormant for the time being, I started my period, had nausea and vomiting, hot flashes and it was horrible. Luckily I had my two best friends and my Mum there to help set my huge 18th birthday up and I was fine by the end of the night. I even had to do my exams whilst I was in a lot of pain.

We had moved the previous year to Warkworth, so I had to bus to and from school by taking two buses each day as my parents would not let me drive to school until I had my full license. (I was on my restricted at the time and I live around 30 minutes away from my school when driving, but 1 hour and 15 minutes when taking the bus. Plus, I would have to use my Mum’s car as I couldn’t afford one myself.) Sometimes, I just knew at school that my period had started as I would experience super bad cramping in my classes and would not be able to focus. My school being this distance meant that my Mum would never come to get me unless she was around (only Thursdays), so I would have to suffer the hours trying to get home on the bus and prevent myself from jumping out of it because I couldn’t handle the pelvic pain. She would come and get me from the bus stop in Warkworth though. The last three periods I had before COVID started up with the Delta variant, I was right to go home as I was unprepared and my periods had started whilst I was at school (this could’ve gotten very, very embarrassing.)

You thought that was the worst periods that I’d had? Well, I hate to say it, but you’re wrong if you thought that. I’m now in my final year of college as an 18-year-old Prefect. My pains have still been unbearable throughout the entire year. I’ve missed a significant amount of time not just because of COVID, but because of my cycle. I asked again to be referred for help and no surprises there, I was declined once again as my symptoms still “weren’t bad enough.”

The most recent menstrual cycle I had, I genuinely thought my life was over and I was about to die. I know that sounds extremely dramatic, but I did. I got up on October 16th, 2021 feeling terrible. As soon as I got out of bed, I was in extreme amounts of pain. My Dad had just gotten back from the supermarket and my Mum was bringing things down to my room (luckily pads) and dropped them immediately.

I was collapsed on my bedroom floor, in complete agony and crying my eyes out as I was tightly rolled up into a ball. I couldn’t handle it. This was a 10000 out of 10 pain level. My Mum was genuinely thinking of taking me to the hospital, but we were worried that I might contract COVID as my Dad had only just taken me to get my second vaccination in Wellsford two days prior. She sat on the floor with me for the next hour as I called my incredible best friend of six years who talked to me for a long time. I then called my recent boyfriend of four months and spoke to him too just to calm down.

My Mum then told me the story of her period past and how when she was around my age, she had unbearable pain and needed to go to the hospital every month to get an injection to stop the pain. She put my head on a pillow and brought me water and two hot water bottles. I couldn’t get up. I was afraid that if I moved, the pains would just come back. I guess I must’ve inherited it.

I cannot be going through this on my own. I’m turning 19 in less than two weeks and constantly being declined treatment when I am on the ground in absolute agony, with two hot water bottles, nausea, headaches, hot flashes, and heavy menstrual bleeding. PLUS spending my time off of school when I now only have the equivalent of 14 school days (2 weeks) left before I graduate college.

The New Zealand Healthcare System has failed me one too many times to count. I was never diagnosed with anything and I know that there has to be something wrong. I hope that my experience encourages other teens like myself to speak out because we have this incredible community. We are not alone.

Thank you for taking the time to read this. ♡